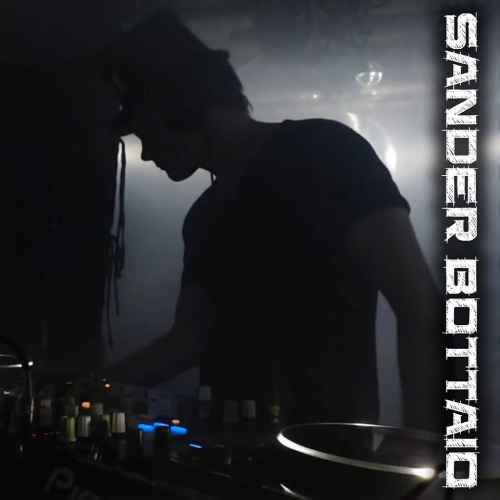 Although his artist name Sander Bottaio suggests otherwise, he was born in 1979 in The Netherlands as Sander Kuiper. Raised in the province of Noord-Holland, you can say that he has been ‘pulled out of the clay’.

The past is something to leave behind, but occasionally to be thought of, so here's some history. Sander started raving and DJing when he was 17, Hardcore house (or gabber) was the thing of its time, throughout the years to come, slowly developing his taste in music, Sander's journey lead to playing Techno from 2012 until today.

8 years of the artist Sander Bottaio have passed and slowly but steadily the spiral is going upwards. Besides playing at radioshows, clubs and other events, he also started his own organization Eventhorizon Techno. Eventhorizon is positively developing along with Sander by it throwing off- and online underground events at creative locations.

Music-wise Sander Bottaio plays all sorts of techno, from 125 BPM till around 136. Characteristic of his sets is a continuous energetic vibe, yet he avoids mindless banging around. The aim is to keep some type of groove or soul in his mixes so people continue to dance and giving the experience of a higher BPM than actually is playing. Exactly that defines the Sander Bottaio style. Sometimes he likes to experiment with various styles, from progressive house to obscure techno. In front of a crowd though, you can expect his typical uptempo tunes. “People want a party”, is one of his favorite phrases.

Wanna see Sander Bottaio live? You can catch him on stage, a live stream aired from his studio or on various other social media. It’s all about the passion for the artist. To quote Sander: “I’d rather play for one person who’s dancing his or her ass off, than for thousands of people who don’t have a clue and behave accordingly.”

Sander Bottaio’s music career is at a turning point and getting crazier and crazier. And he’s loving it!