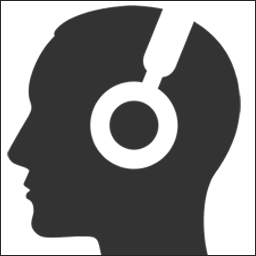 DJ OGI (Technodrome, Energetica, Rijeka, Croatia)
DJ Ogi got into Croatian electronic music scene in 1995. He is the founder of Rijeka's techno scene and also one of the leading people of today's Croatian electronic music scene.
His style has always been based on techno, and even today it's a combination of pumping techno with dark elements, marked and well rounded with his beastly mixing technique. His DJ and Live P.A. sets could be heard at the raves and parties such as Dance Valley a Spaarnwoude (Hol), Love Parade in Berlin (Ger), Apokalypsa in Brno (Cz), Stealth in Los Angeles (US), SDF in Rijeka (Cro), Montagood a Lleida (Esp), Cosmo in Firenze (I), Liberty White in Oostende (B),and in clubs like Lov.e in Sao Paolo, Zoreks in Lleida, Florida 135 in Fraga, Maracana in Florence, Cinema in Kiev, Ambasada Gavioli in Izola, Lagoa in Menen, Factory in London, Dom In Berg in Graz, Habitat in Barcelona, Fabrik in Ostrava, ExExtreme in Bratislava, and of course, in many Croatian clubs.
With releases on numerous renowned labels like Submission, Planet Rhythm, Compressed, Patterns, Holzplatten and Compound (some of it featured on compilations like "Mayday", "Palazzo Mix", and "The Detroit Connection by Kevin Saunderson"),
Today Ogi is behind several labels (Techno Factory, Noisy Room, Technodrome, Dark Noise...) and his productions were played by numerous well-known DJ's, including the one and only Aphex Twin!