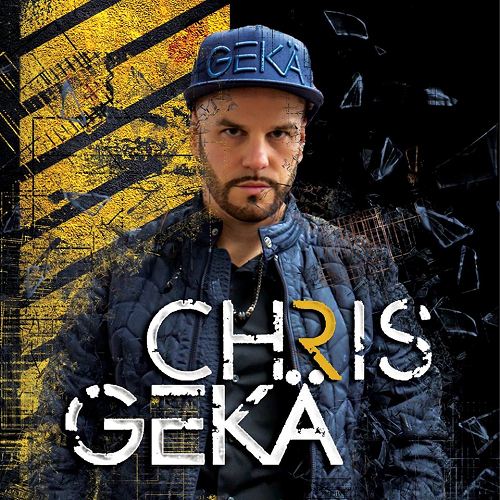 CHRIS GEKÄ is an agitator and activist of the French and international electronic scene, with a constantly updated news.
He has signed his tracks, in Iberian and percussive colors, on the most famous American imprints, from Detroit to Kevin Saunderson (KMS Records), in New York on Nervous Records, in the wake he signed in Chicago on the label of the master from house music, Marshall Jefferson (Freakin909 Records), then to Miami on the label of Robbie Rivera (Juicy Music).
Many of his tracks are propelled to the top of charts and onto many compilations (Pacha Ibiza, Amnesia Ibiza, Space Ibiza, WMC Miami, ADE Amsterdam…).
Spotted by Roger Sanchez who invites him to mix in his radio show "Release Yourself," he receives the support of the cream of international DJs such as Erick Morillo, Stefano Noferini, Wally Lopez, Julian Jeweil, Hollen, The Yellowheads, Enrico Sangiuliano...
Seasoned & intuitive, he has maintained a constant production & release-flow, with remixes for the likes of Eddie Amador, Stefano Noferini, Ultra Naté, Lenny Fontana, Crystal Waters forging his solid industry reputation, and making his tracks & remixes a regular Beatport & Traxsource features Top 100.
He has mixed double compilation CD "IBIZA TECH HOUSE VOL.2" for the famous German imprint ZYX Music, "REVOLUTION IBIZA UNDERGROUND", a selection with a sharp style for the Canadian techno label Monique Musique and the compilation CD "IBIZA WORLD CLUB TOUR ", a summary of 13 tracks, highlighting his favorites Deep House, House, Tech House & Techno.
His energetic, grooving & ecstatic mixes, cut for the dancefloors, oscillate between Tech House rhythmic & Techno cyclic that propel him to mix in the biggest clubs around the world, and which give to his sets a real efficiency.
With his radio show "ONE HOUR WITH CHRIS GEKÄ", he’s broadcast on the most famous radio stations in France and abroad.